The Caspar Lumber Company had two articulated 2-6-6-2  locomotives. They were named Trojan and Samson. California Western Railroad also had a 2-6-6-2. She was known as the “Super Skunk”. We have a 2-6-6-2 but she has had troubles from day one so we have been on the look out for an articulated lokie. To fill the void our club secretary offered the club his very nearly new 0-6-6-0 and yesterday she made her maiden appearance on our layout. She’s a real beauty – see below (click on a photo to see full size) …….. 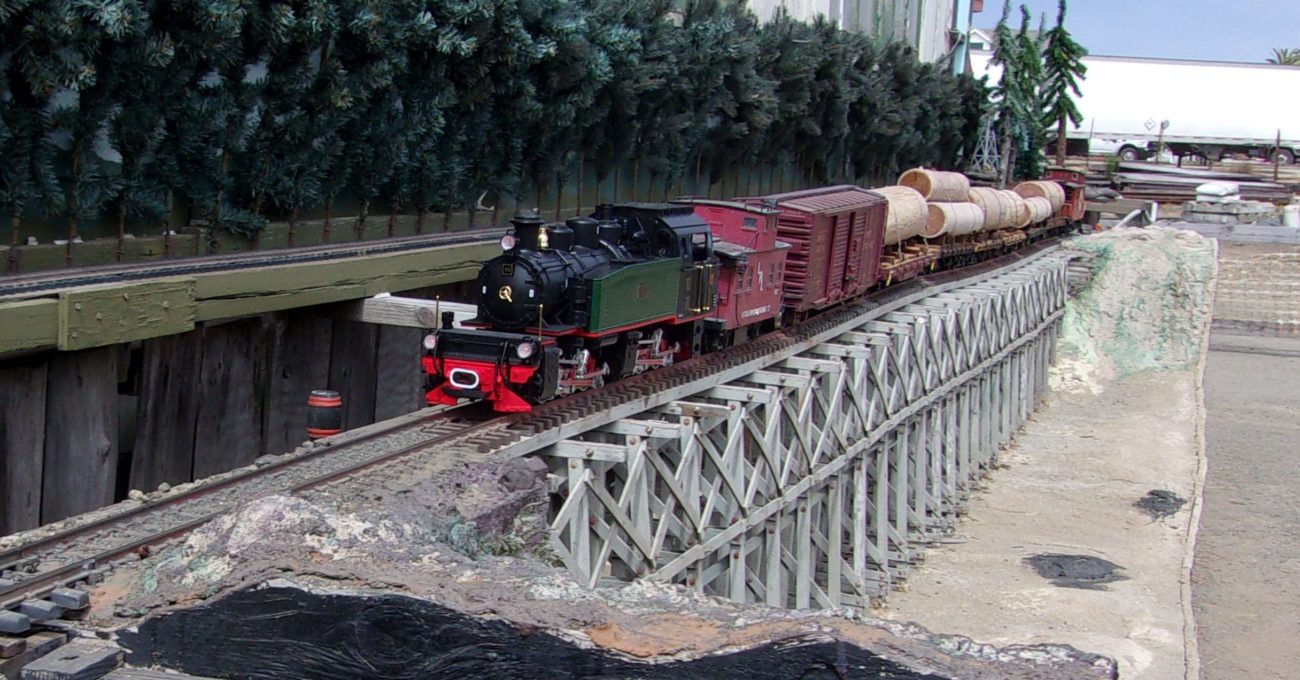 Nearing the end of the Pudding Creek Trestle 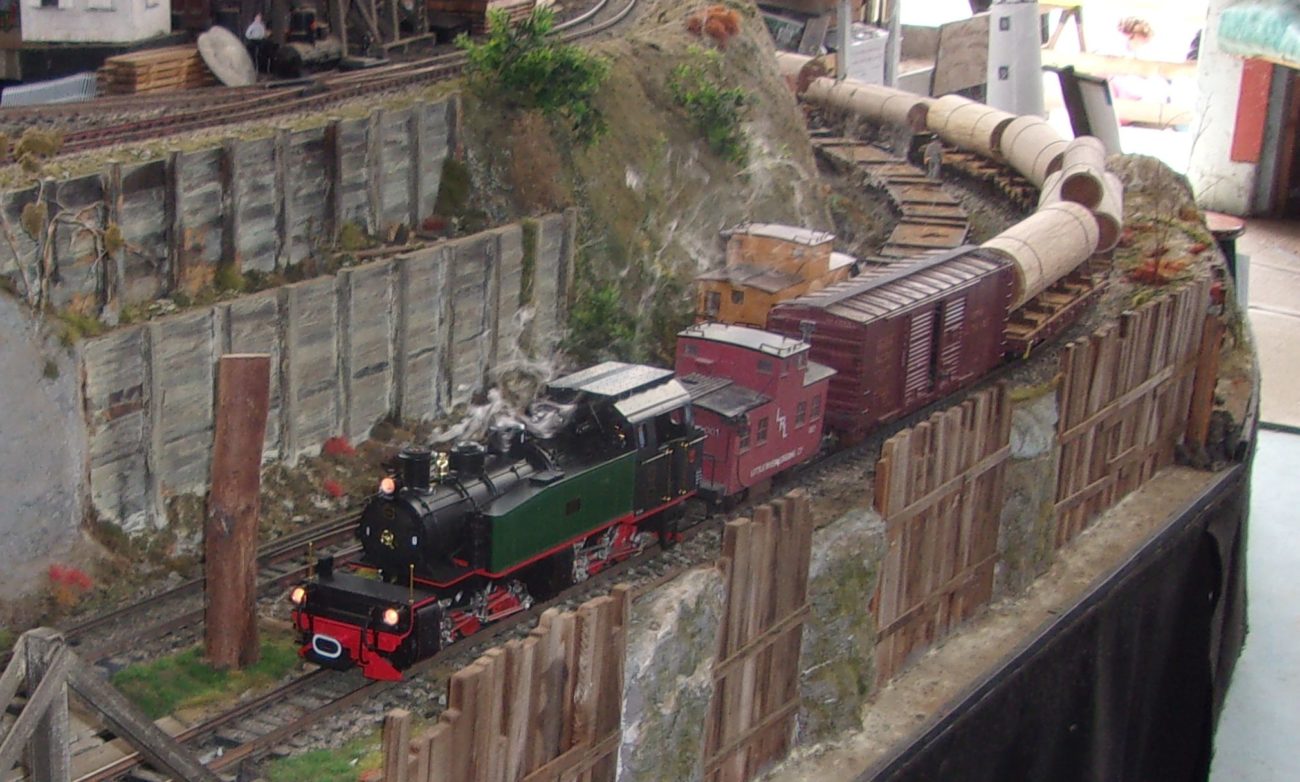 Rounding the inside north west corner

She doesn’t have a name yet. A name will come when she returns to the layout battery powered.