We got the keys to the CWR’s Carpenters’ Barn in January 2013. This is the first picture that I took of what was to become the Club’s (Mendocino Coast Model Railroad & Historical Society) layout. The picture was taken looking toward the north end. 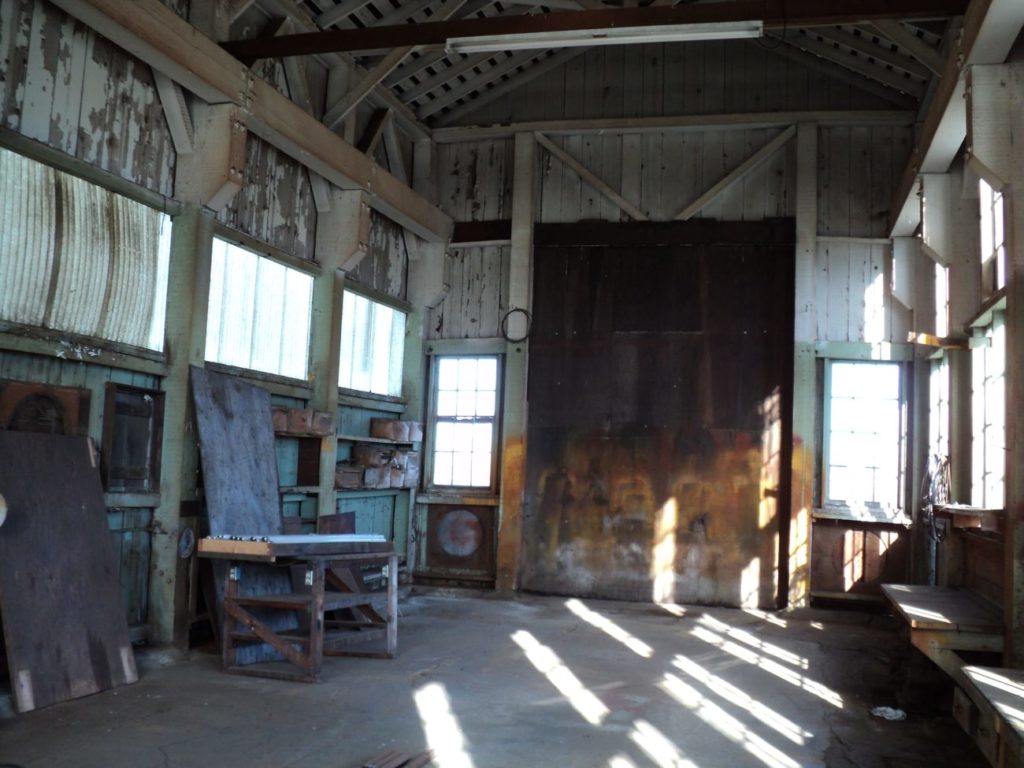 View inside the Barn on the day we received the keys

The first job was to replace the south side east door which was a mess. 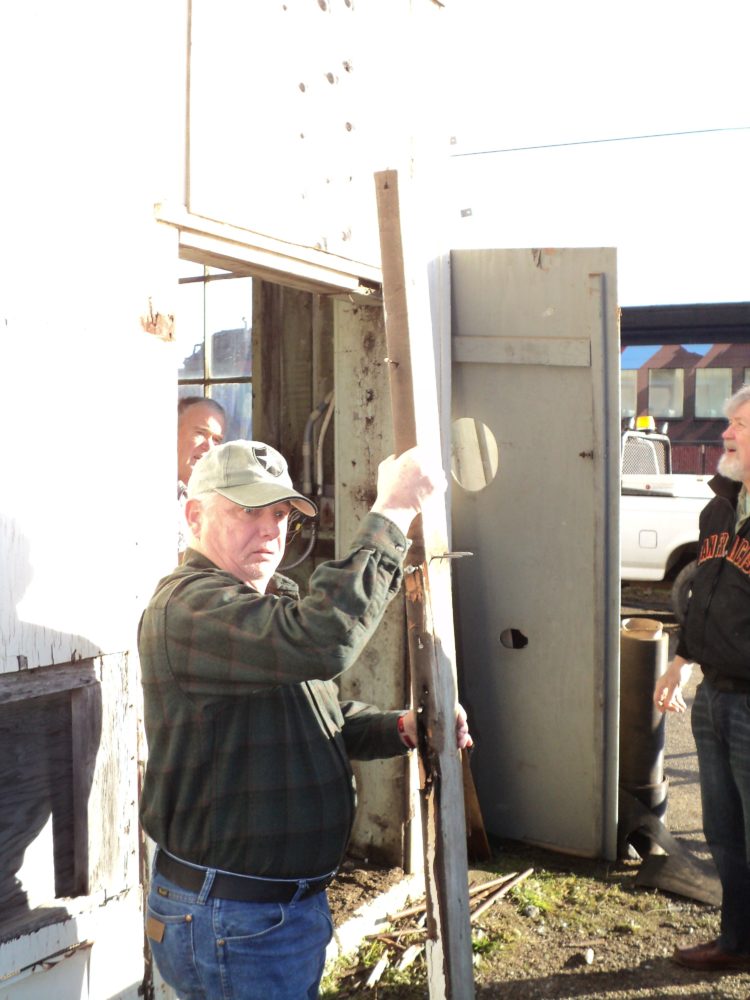 Bill Shepherd built the club a new door from reclaimed wood. Here it is on the back of his truck. 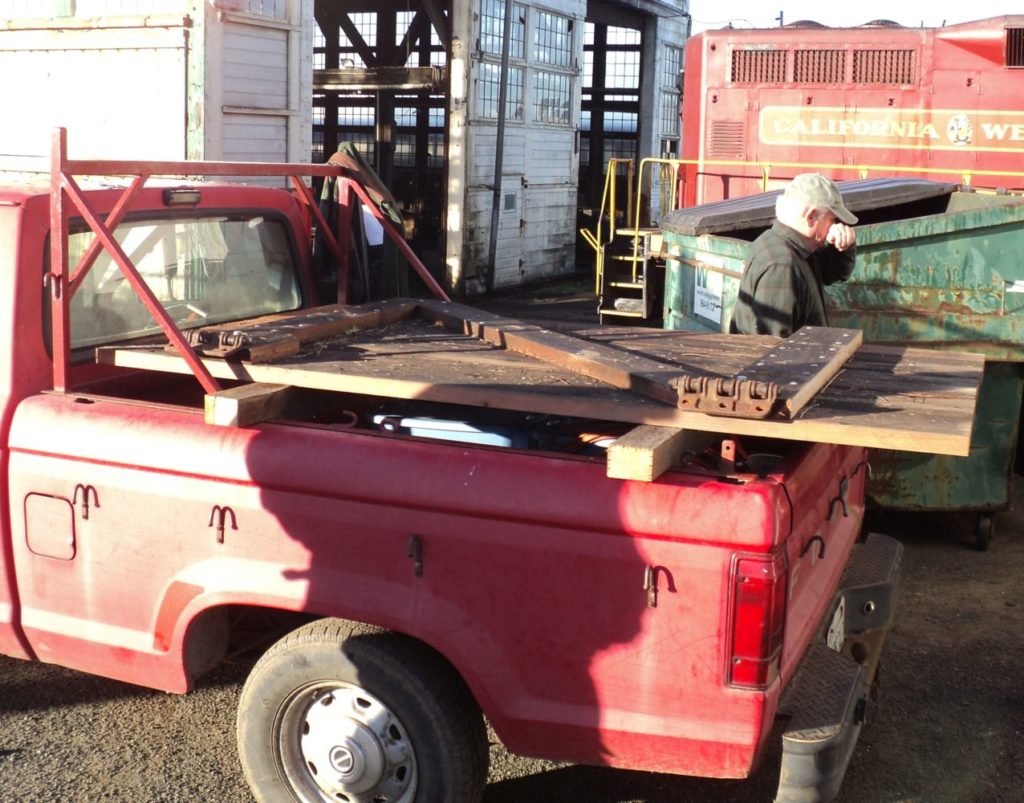 Here it is installed. 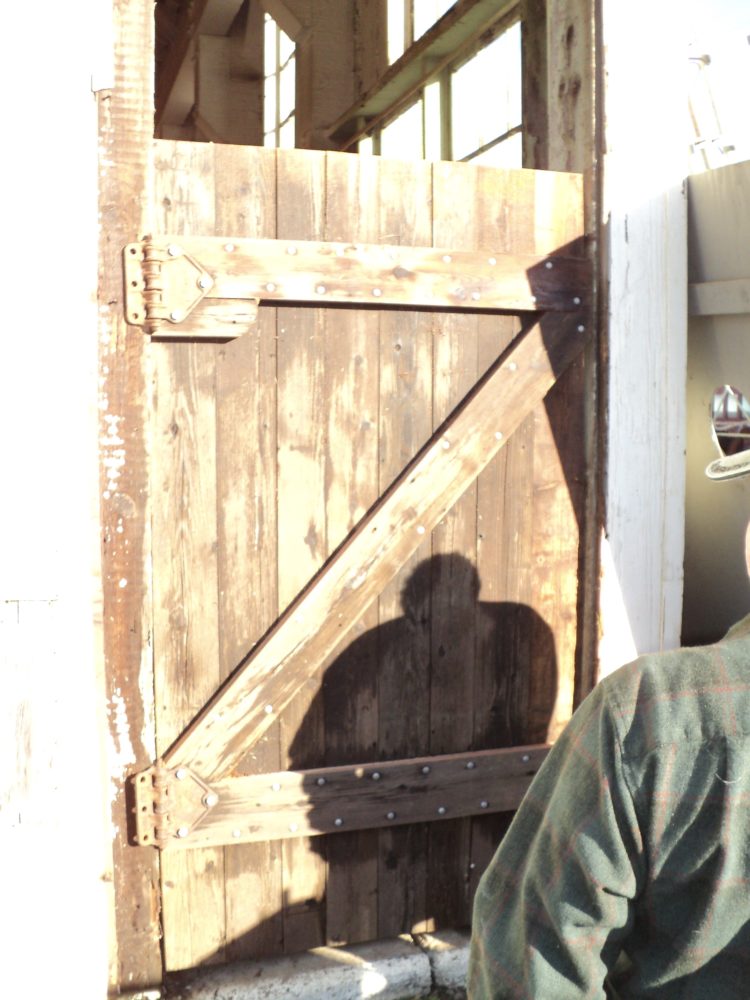 A beautiful new hasp was made for the door. 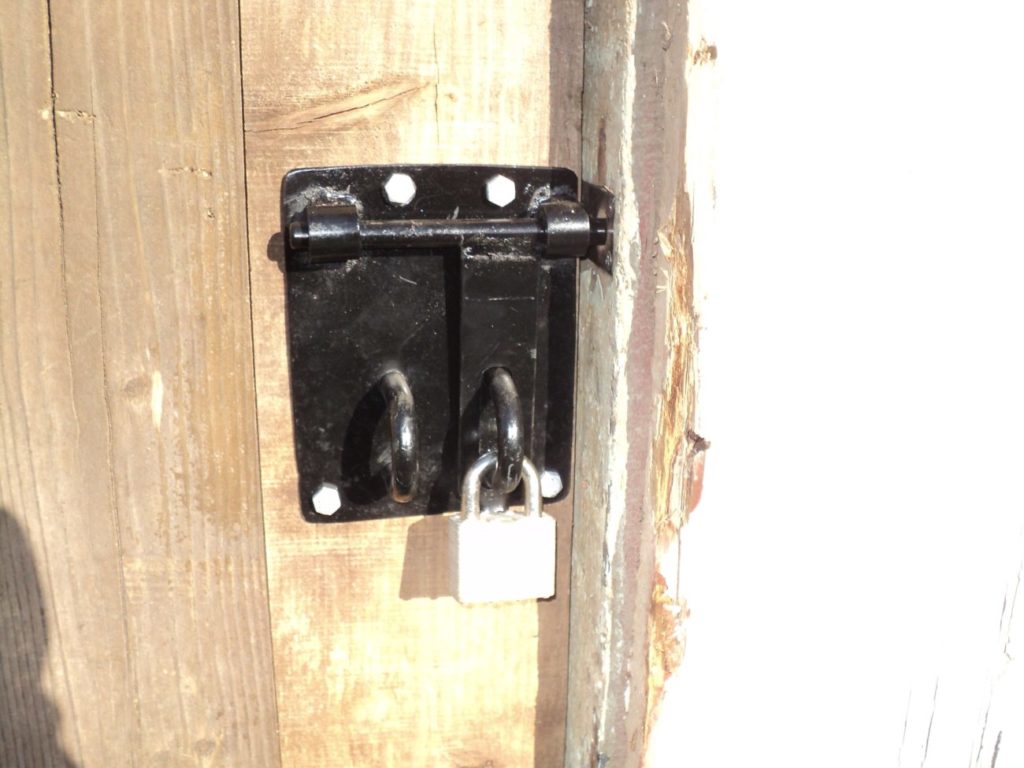 The window above the new door was more missing than present. It was our second remedial task. 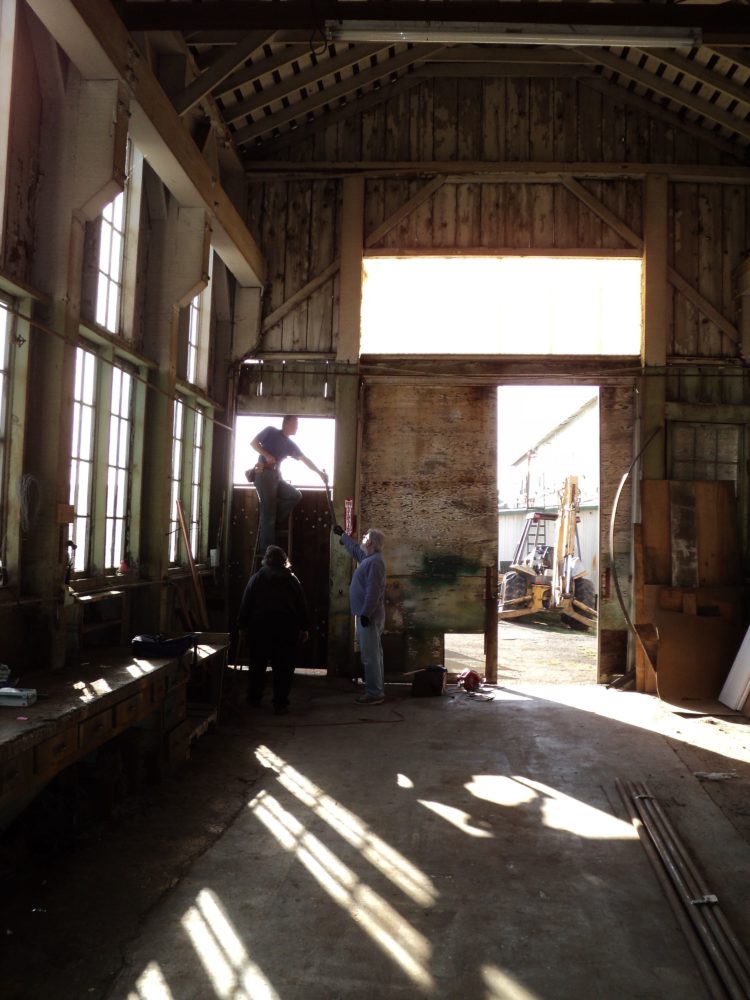 Basil helping Bill fix the gaping holes above the new door to the outside. That’s Deb Smith offering advice.

The next step was to set up our master plan so that it could be referred to readily: 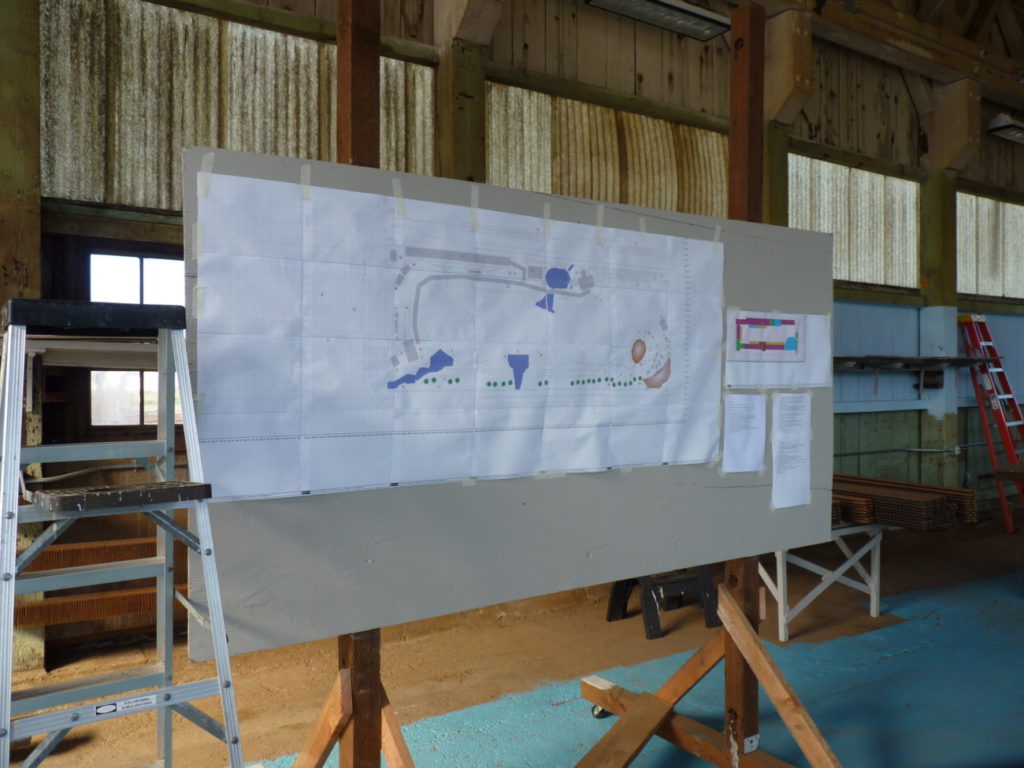 The master plan on its stand

This pic shows the plan on the newly painted floor and generally cleaned up Barn. 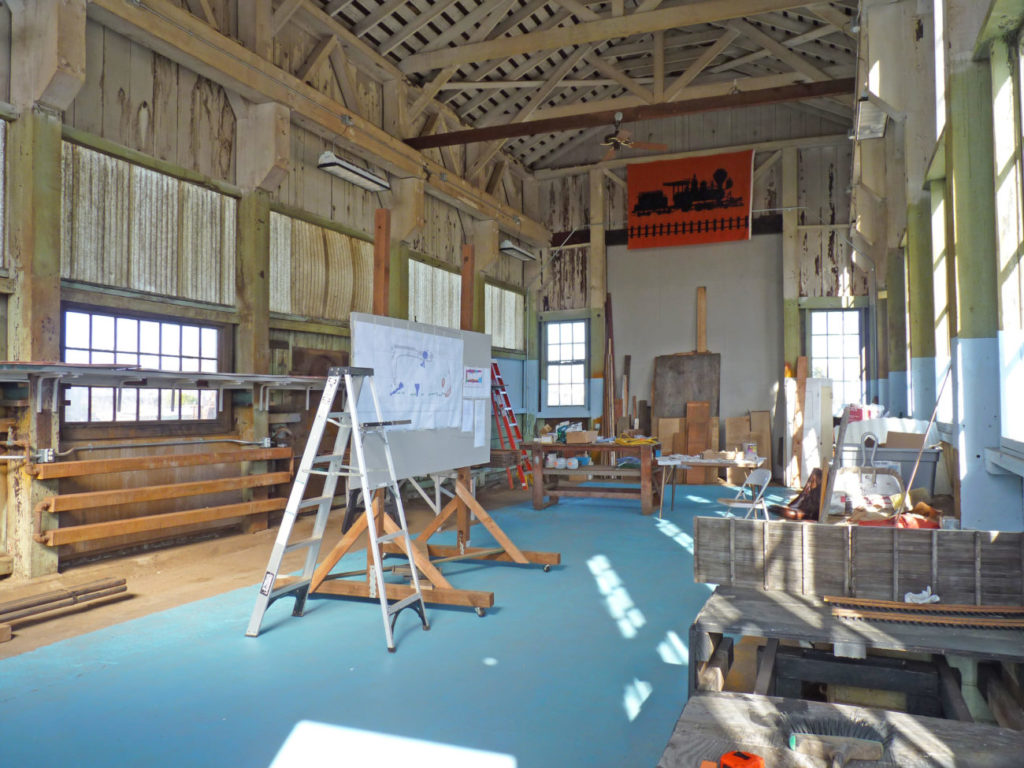 And the outside ……. in need of lots of work. 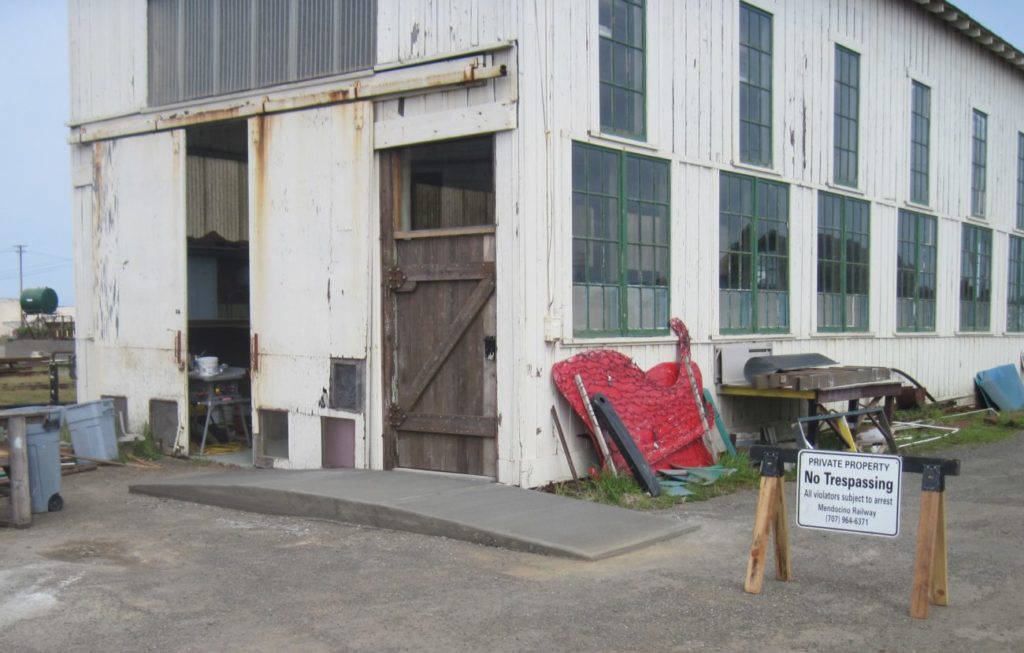 The Barn with the new door installed with ADA compliant access