The Club’s first church was one made of tin. It was acquired from one of the local charity shops. The roof, as they say, was more wholly than godly. The leaking roof was “fixed” by adding strips of emery cloth and pretending it was tar paper. You can see the result on the right of the photo below …….. 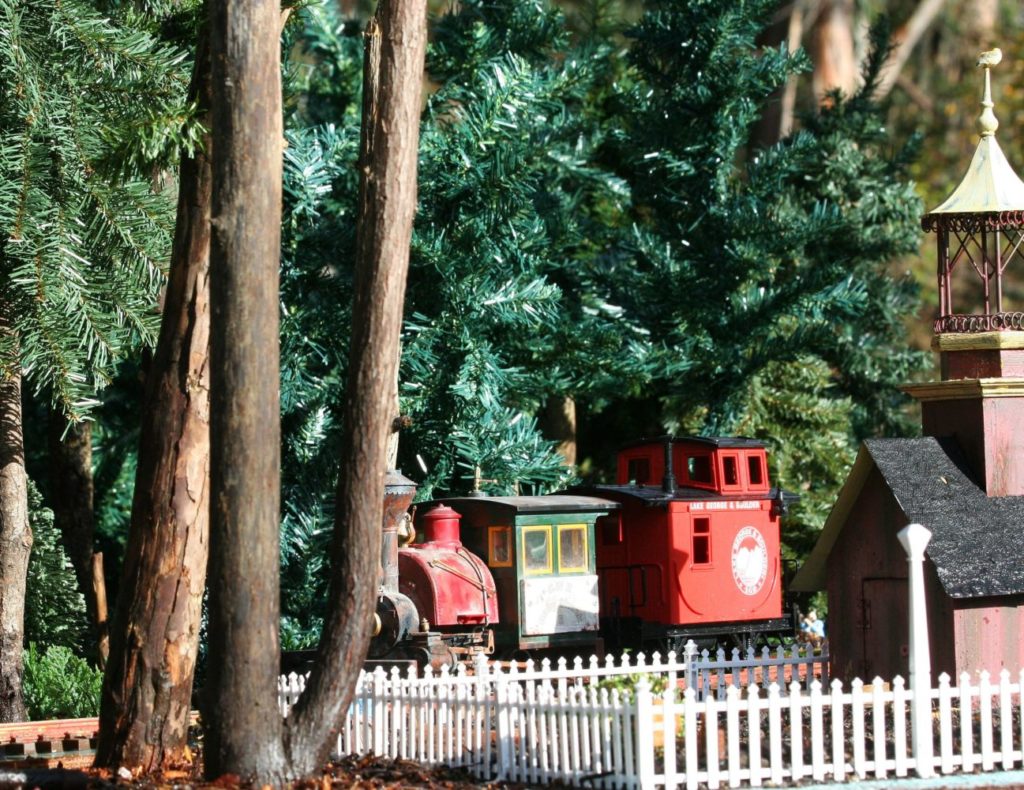 When we got the Barn there was nowhere for it. As soon as there was a platform on the north east outside it was plonked there. The weather in Fort Bragg is wet, windy and we are close to the sea. Everything rusts ……. as did the church and, sadly, it went in file 13.

The current church – see picture below – I built from two Micheals cheapie buildings glummed together and plastered with white paint.

Church installed on the inside upper level north east corner

The roof, like the tin one, is strips of emery cloth. To the right of the church is the graveyard. Originally there were two gravestones – “Here lies Fred, he’s dead,” and “Here lies Sue, she’s dead too.” The whole diorama has been significantly improved since this early on picture was taken.

The long term plan is to install a loudspeaker in the church. We will have a sound card and a push button to activate the music. My personal choice is for one of these two pieces of music: