When we designed the layout we decided we needed two rivers. After looking at all the rivers along the Mendocino Coast we decided that “our” two would be Noyo (for its proximity to Fort Bragg) and Big River in Mendocino because, we learned, that it had been dammed. Club Member Earl Craighill lives in Mendocino and he knew of this book: 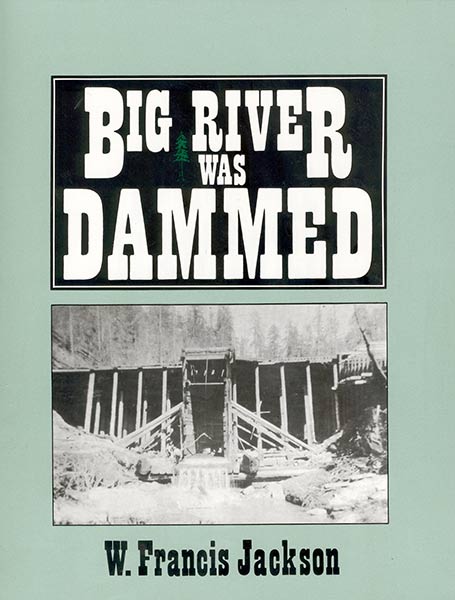 Having read the book it was agreed that a “simple” dam based on Hellsgate Dam would suit our purposes: 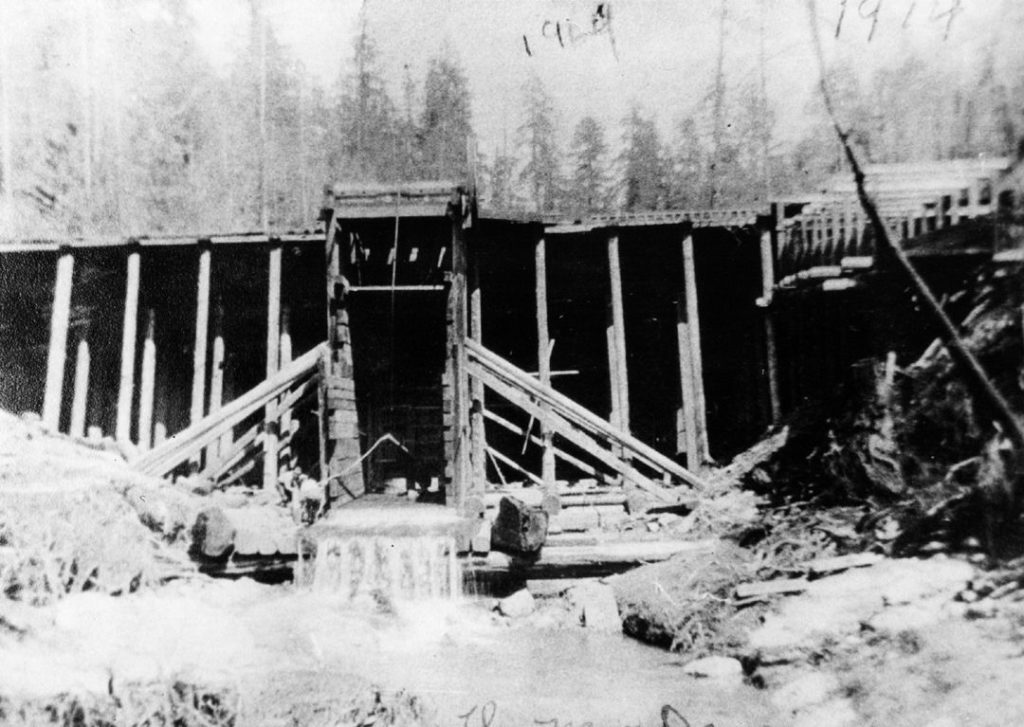 Hellsgate Dam not being used to let logs through

The decision was made to place “our” dam as far back as possible to leave as much room as possible for sceniking the river. 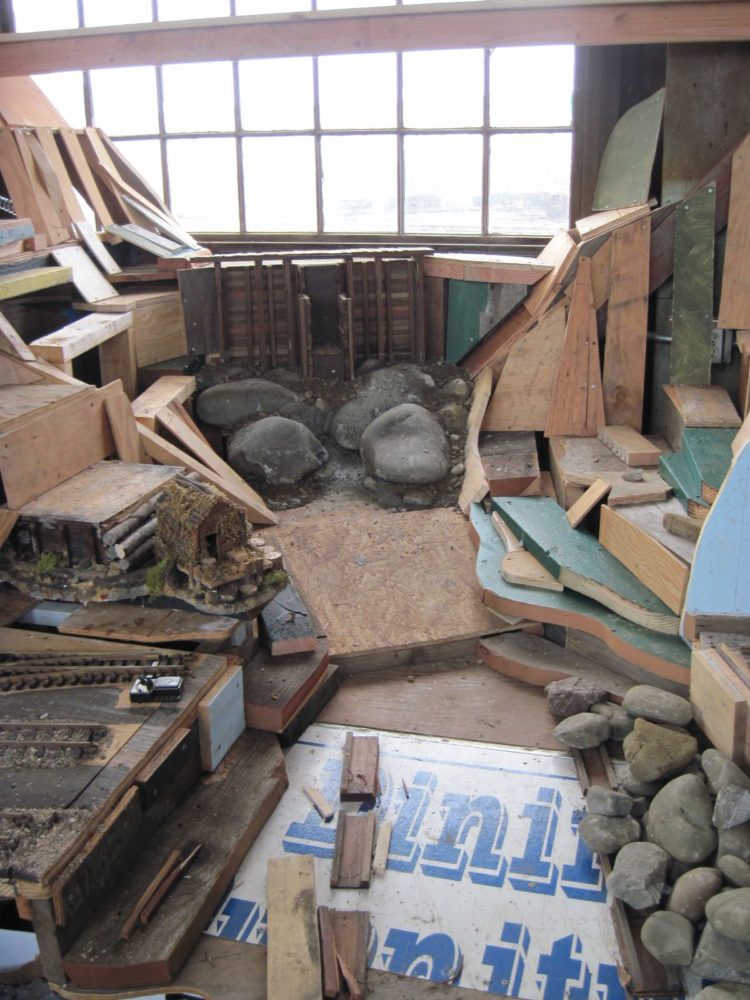 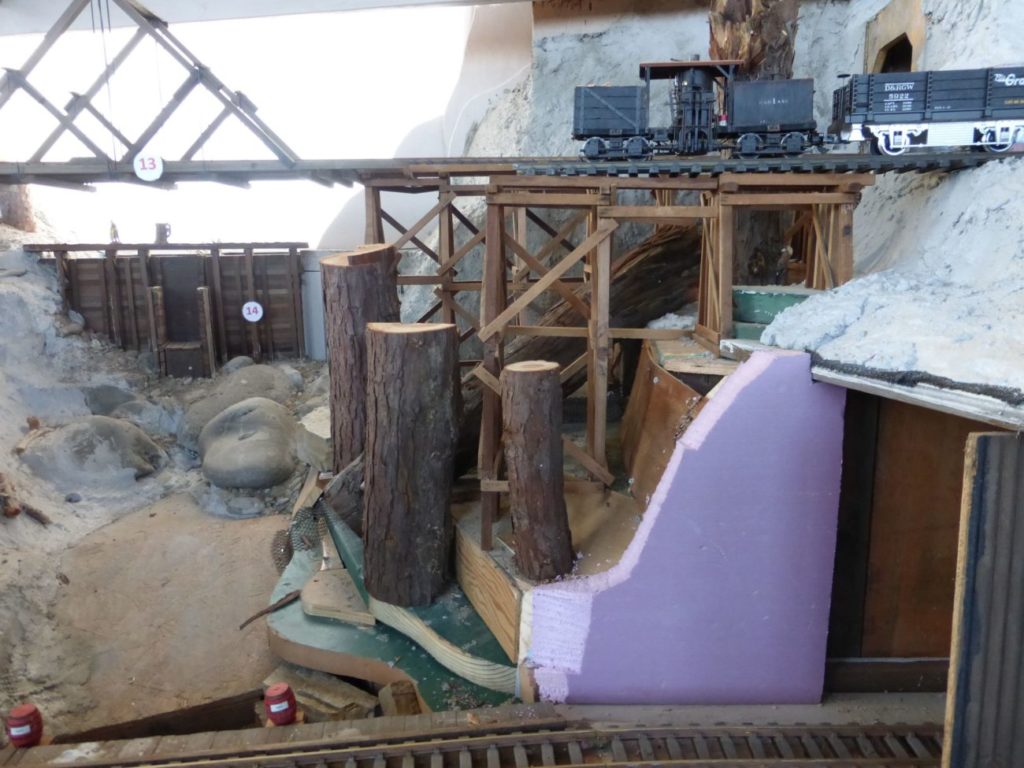 A Frame bridge over Big River

The tree trunks in the above photo did not last line as we decided to extend the spur line that was to feed the loading area should be extended. By doing this we could put a pile driver on the extension to show the trestle being built. 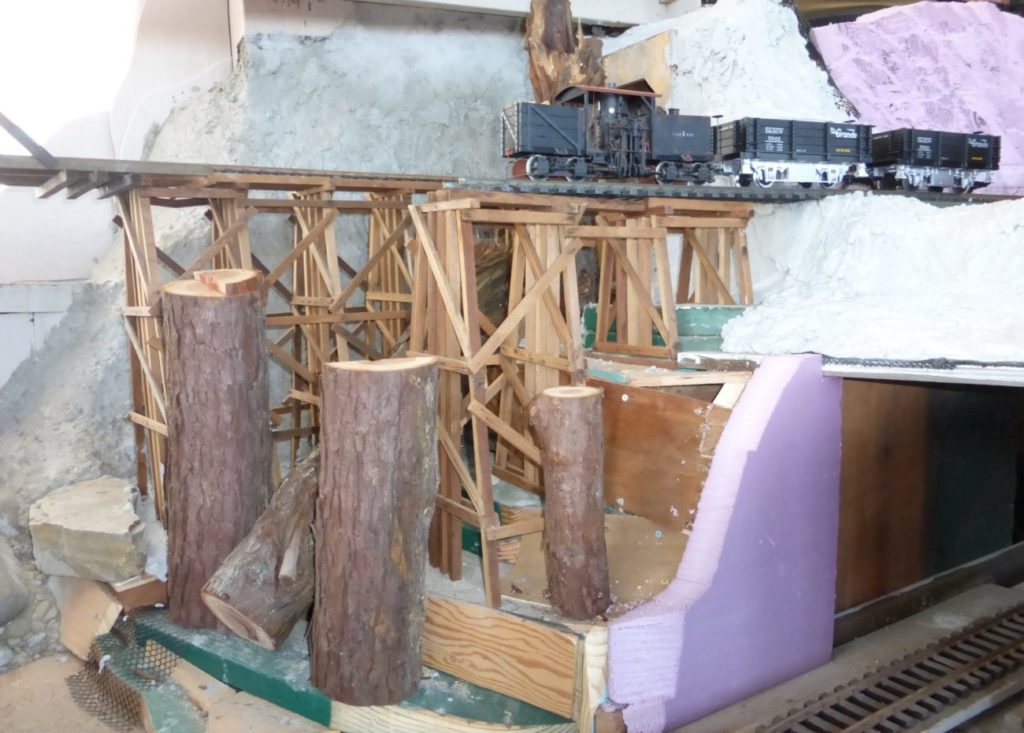 New trestle under construction leading from the loading area

The static model of an early shay in the above picture was built from scratch by my (now deceased) friend Colin Davies. Colin’s wife said that he and I were a bad act. We thought about that for a bit and decided we were partners in the Bad Axe Lumber Co. I know – a very bad pun. My part in this gorgeous model building effort was to find the original plans.