The CWR was closed. President Chuck Whitlock and I were at the layout on our tod. It was raining dogs and cats. What to do? Plant trees!!!!

I had ready for installation a very tall – 168 scale feet – and two smaller – 110 scale footers. I have been dying for years (literally) to obscure the two 12″ by 12″ pillars either side of what was a sliding door at the north end of the layout. As I only had one very big tree we went for the right hand pillar. To obscure the pillar we lopped of branches on the lower third of the tree and fitted it around the pillar. Here’s the result of our efforts: 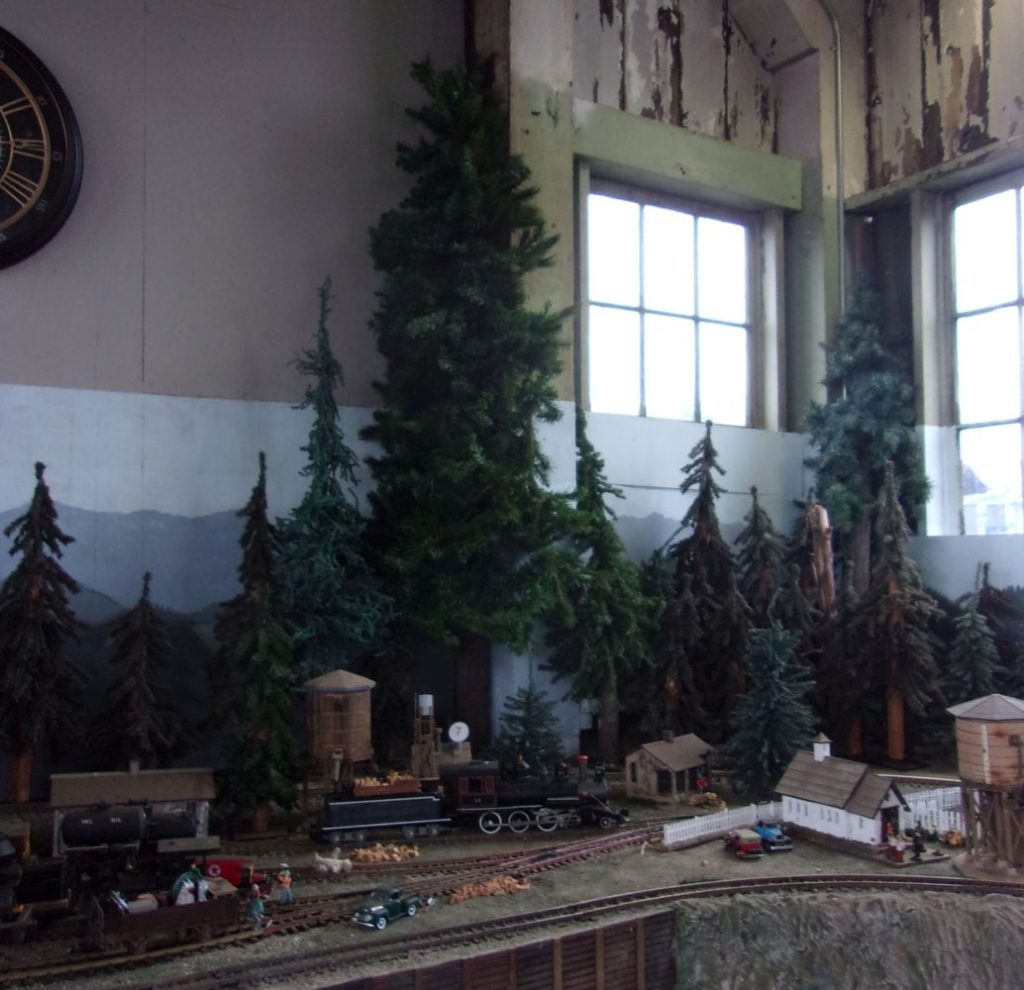 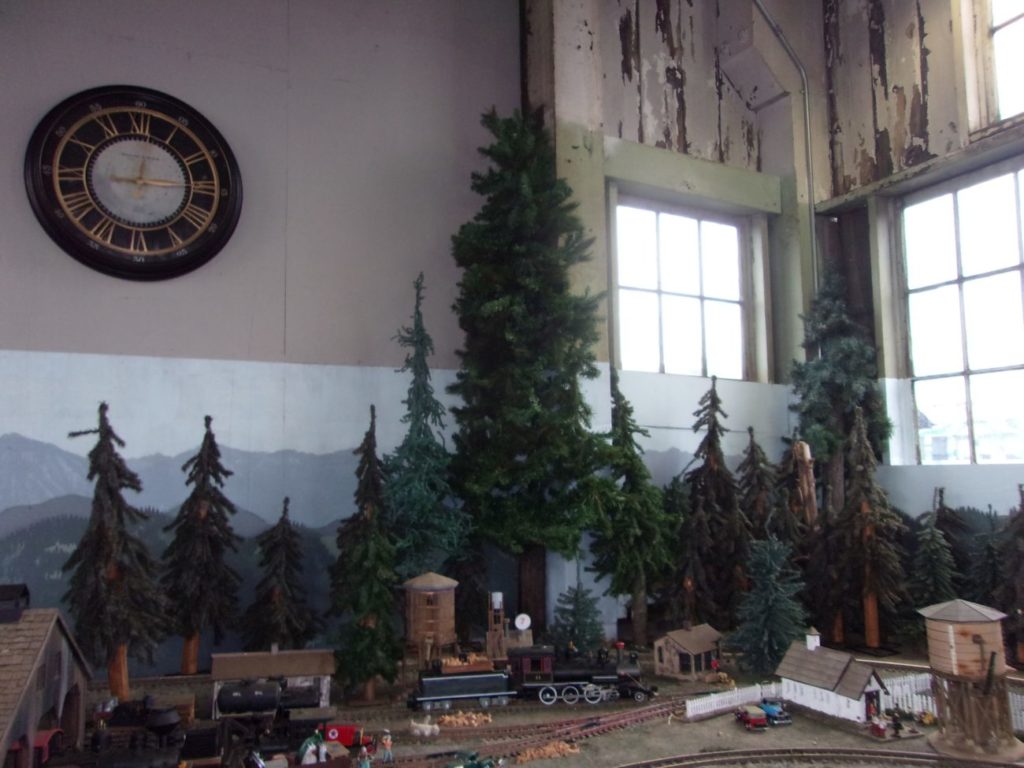 A great day for ducks well spent I say!!!!

Once there were 115 bridges on the 34 mile-long California Western’s Skunk Line from Fort Bragg to Willits. Only 30 remain today – and they all have been “modernized”. Of the 115 original bridges it is believed that 37 of them were A-Frame type. Most of the 37 were built from the 1890’s to 1911 to cross the rivers on the route. The redwood timber for construction of the A-Frame bridge was abundant and handy. The design distributes the weight of the bridge onto supports/pilings at the side of the river. No supports were driven directly into the river below since they could be ripped out by surging water and debris (including uprooted trees) caused by heavy rains. Alas, these wooden bridges became prime targets for arsonists and that, apart from straightening the line, accounts for their replacement.

Santa Cruz Frank is our “main man” for building bridges and portals. The first pic shows the “real thing.” The second and third pics are of Santa Cruz Franks’s model. 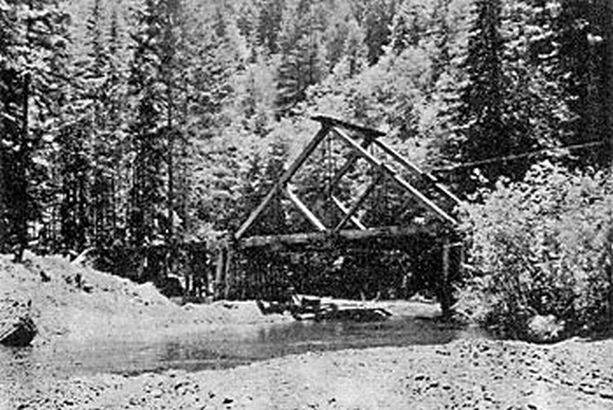 A-Frame Bridge across the River Noyo 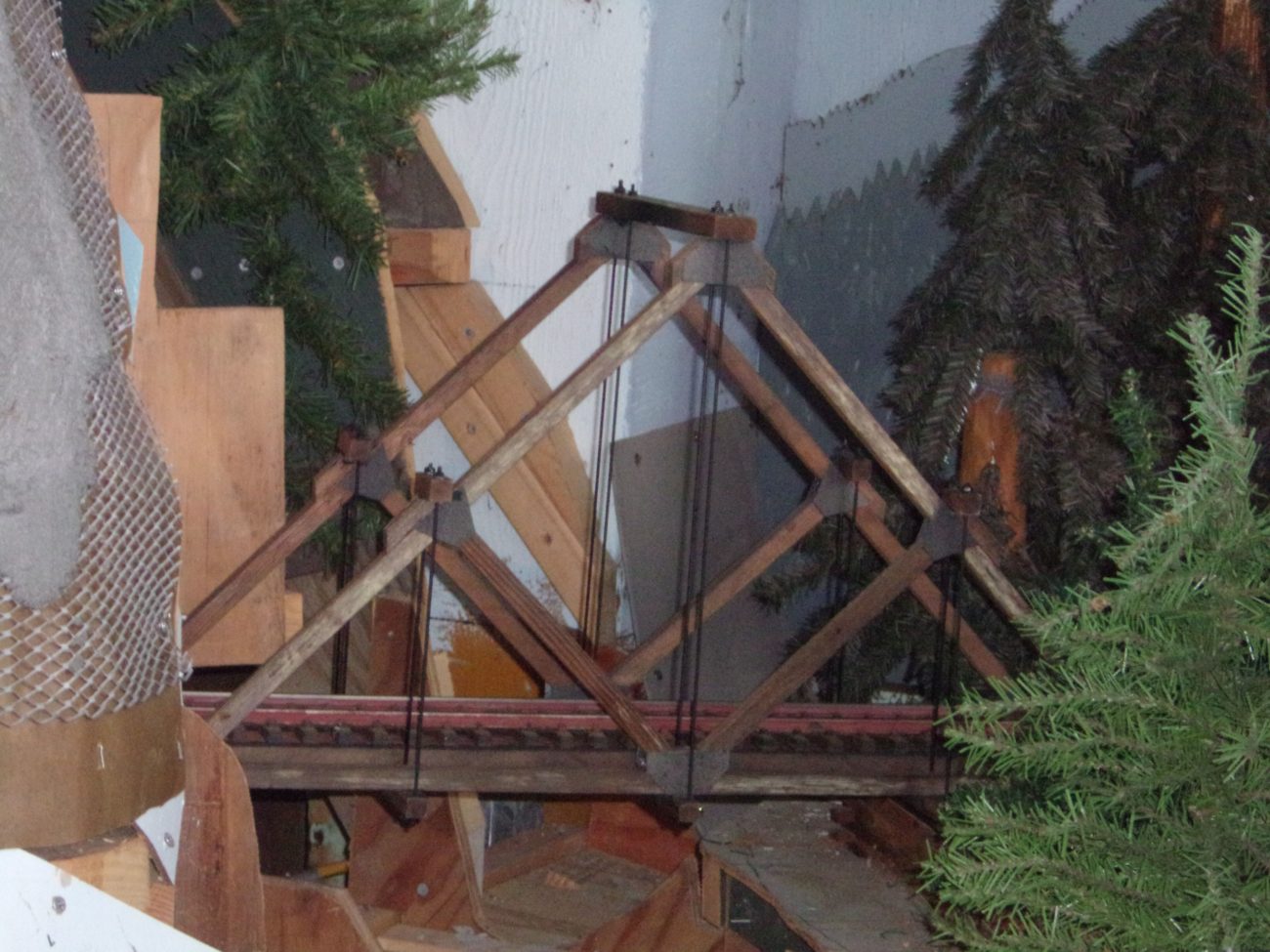 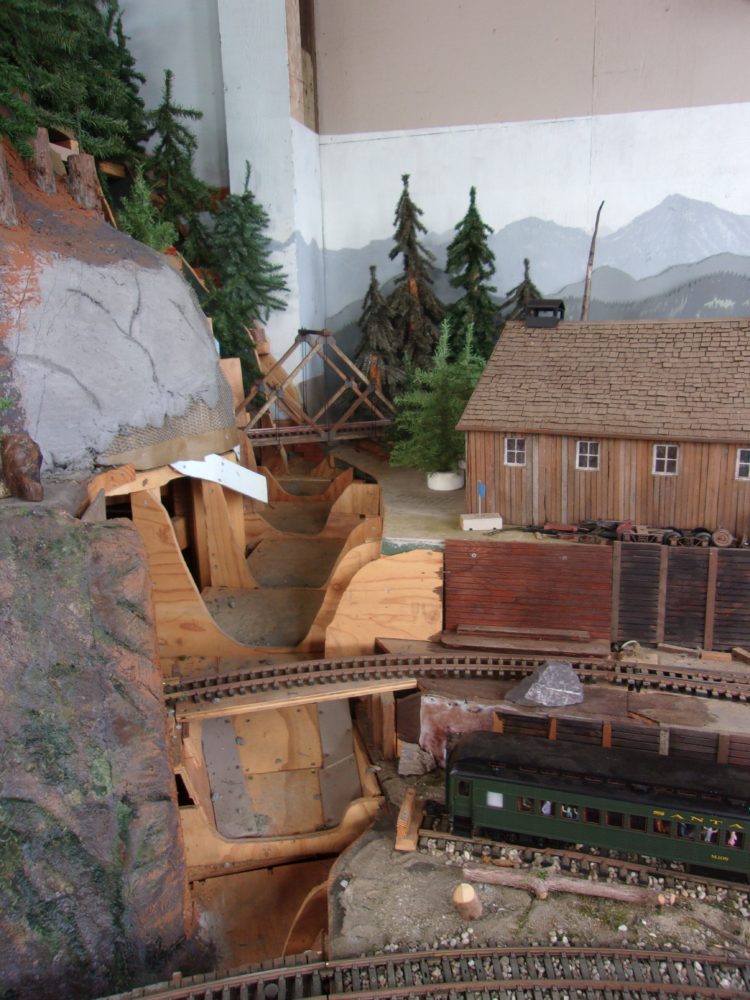 A Frame bridge on River Noyo soon to be