Visitors are amazed at the detail on our layout. These seagulls actually move in the breeze making them particularly realistic. How’s it done? The seagulls were printed for us on a 3D printer, painted and then mounted on piano wire. 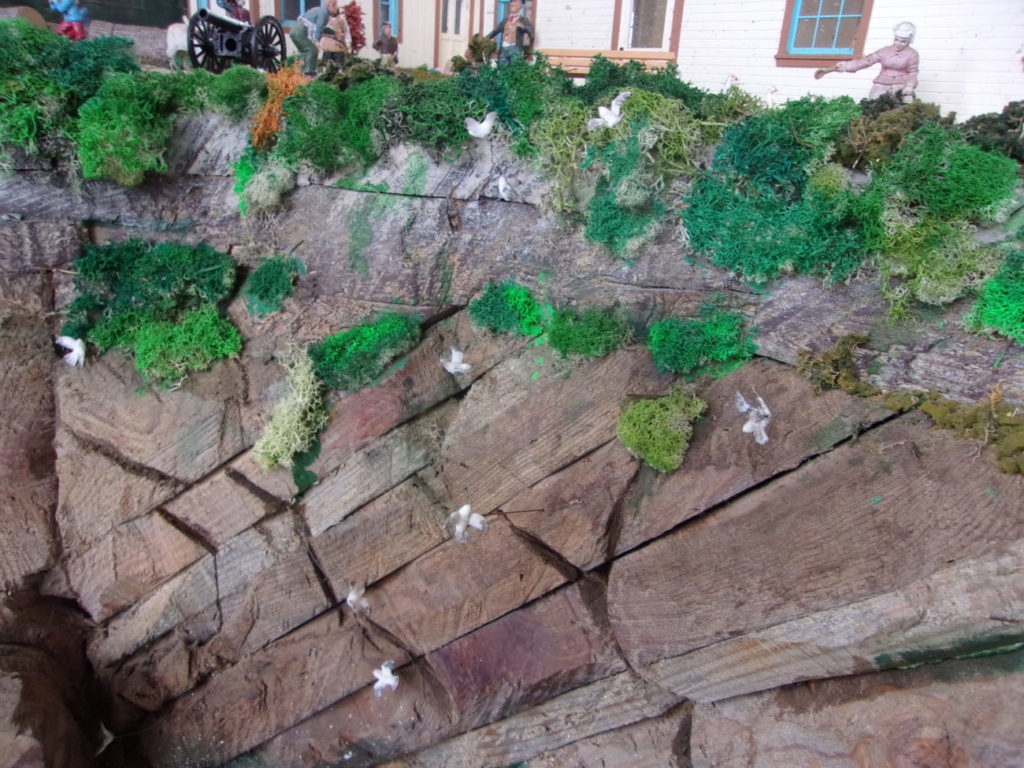 Before the arrival of the white man on the Mendocino Coast there were buckets of salmon. Early settlers recalled catching them by hand as they went upriver. The salmon provided food to the Pomo Native Americans. In addition to eating it fresh they smoked it in order to keep it. As part of our diorama of the wreck of the Frolic we have a mini diorama of the Pomo smoking salmon. The diorama is very realistic as it looks as if the fire doing the smoking is alight. Daughter Annalise took this picture …….. 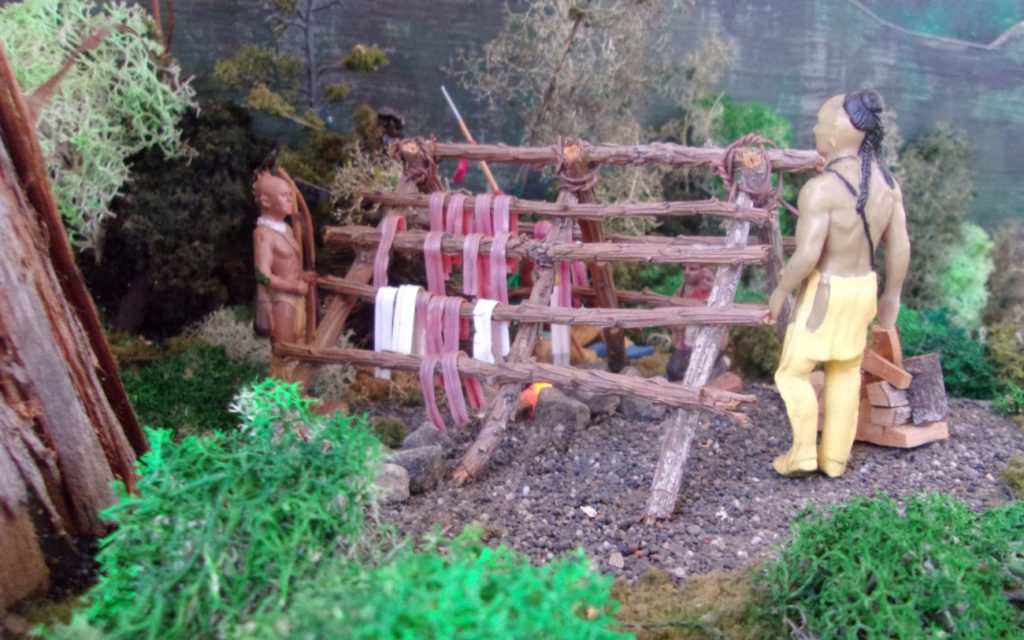 For quite some time there weren’t any seagulls on our Point Cabrillo diorama. 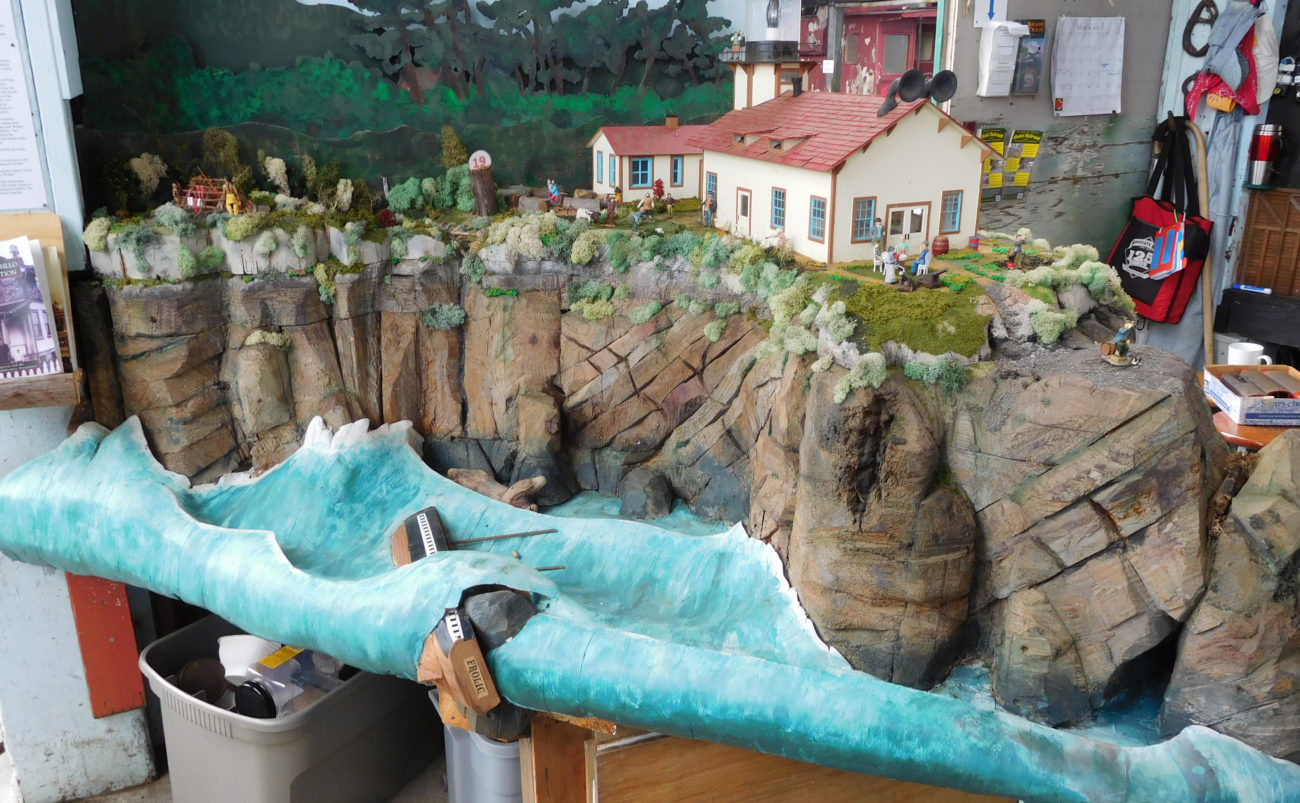 Then I arrive at our layout and noted that there were two seagulls flying on the face of Point Cabrillo: 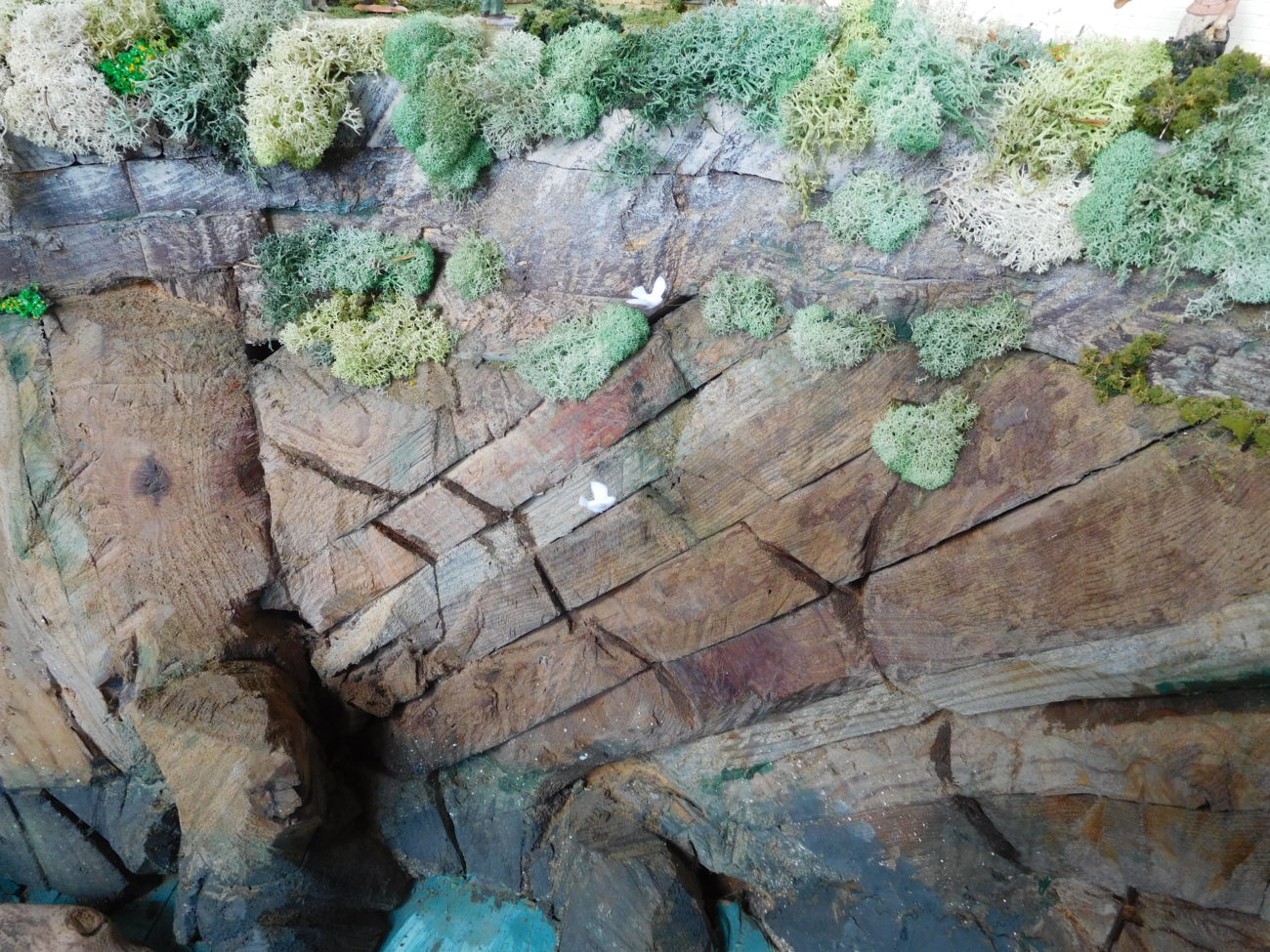 Chuck Whitlock liked what he had “raised” and the the next time I photographed Point Cabrillo …….. 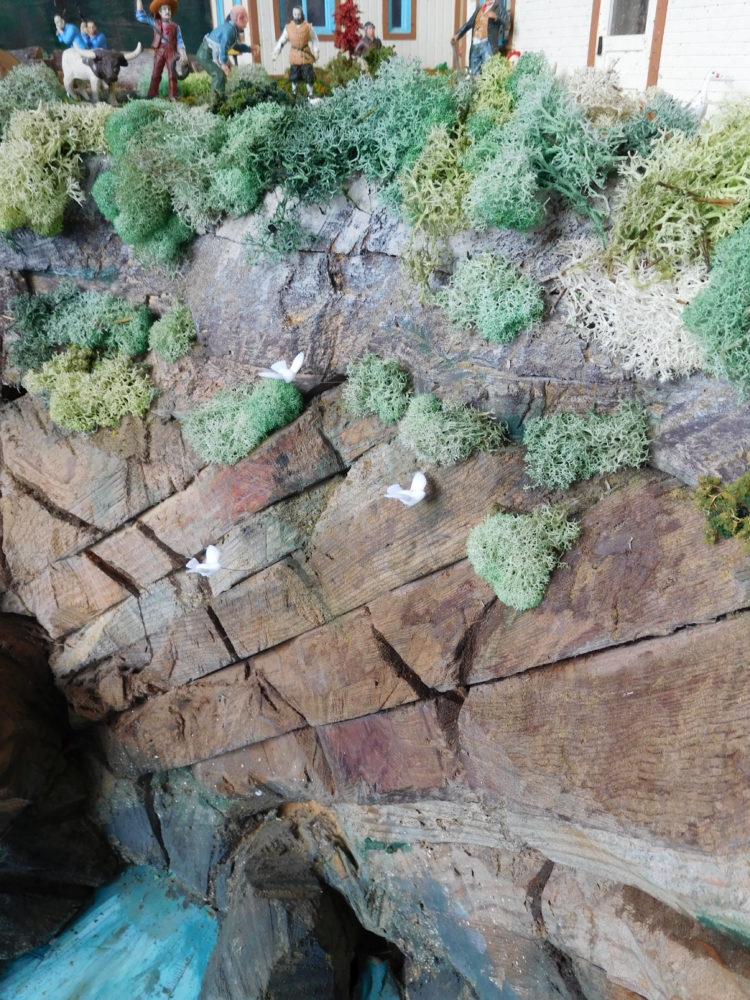 Three seagulls on the cliff face

three seagulls. Another day and another had hatched ……… 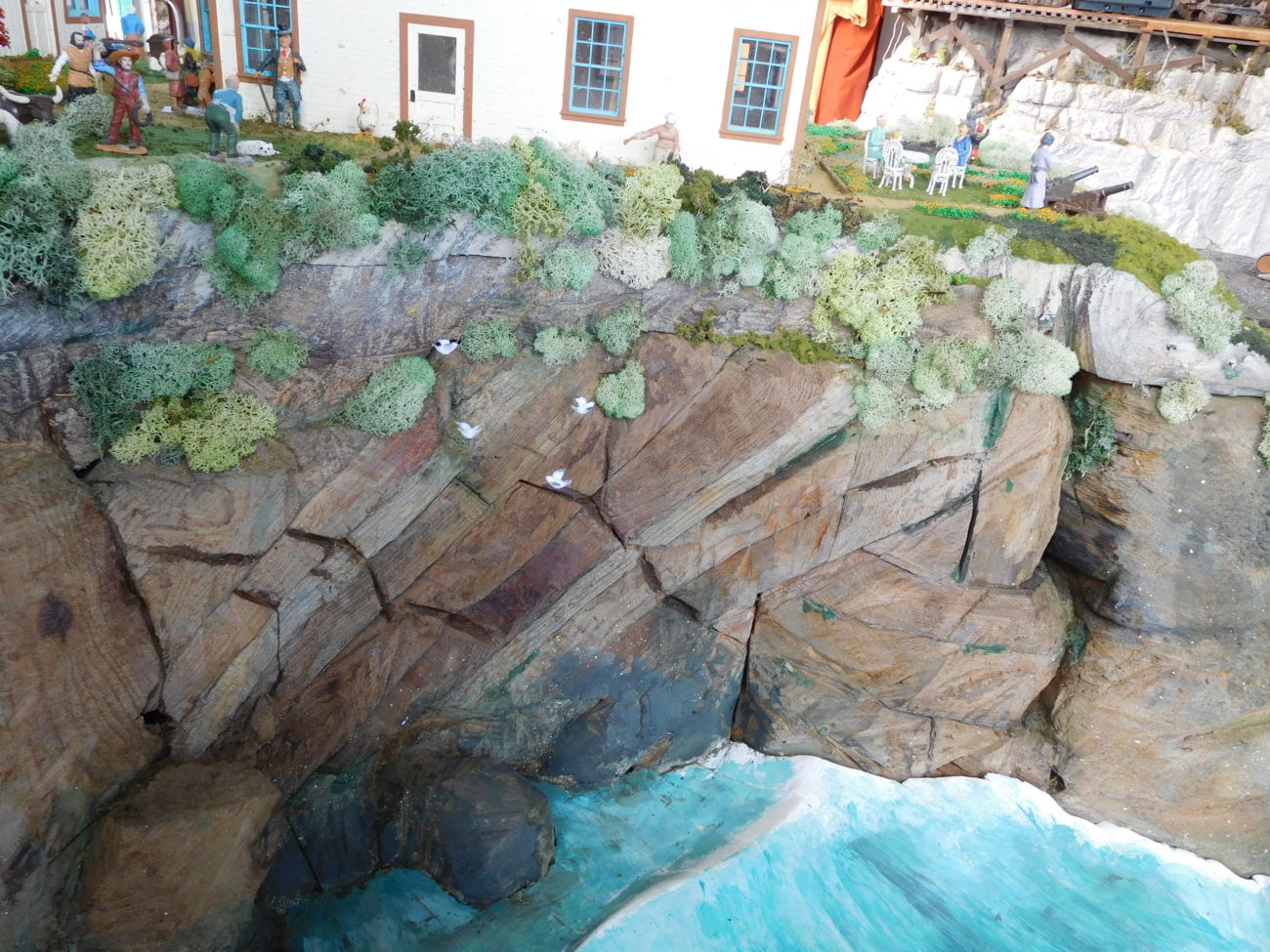 That’s all there were for a while. Then there was a sudden explosion of seagulls …… 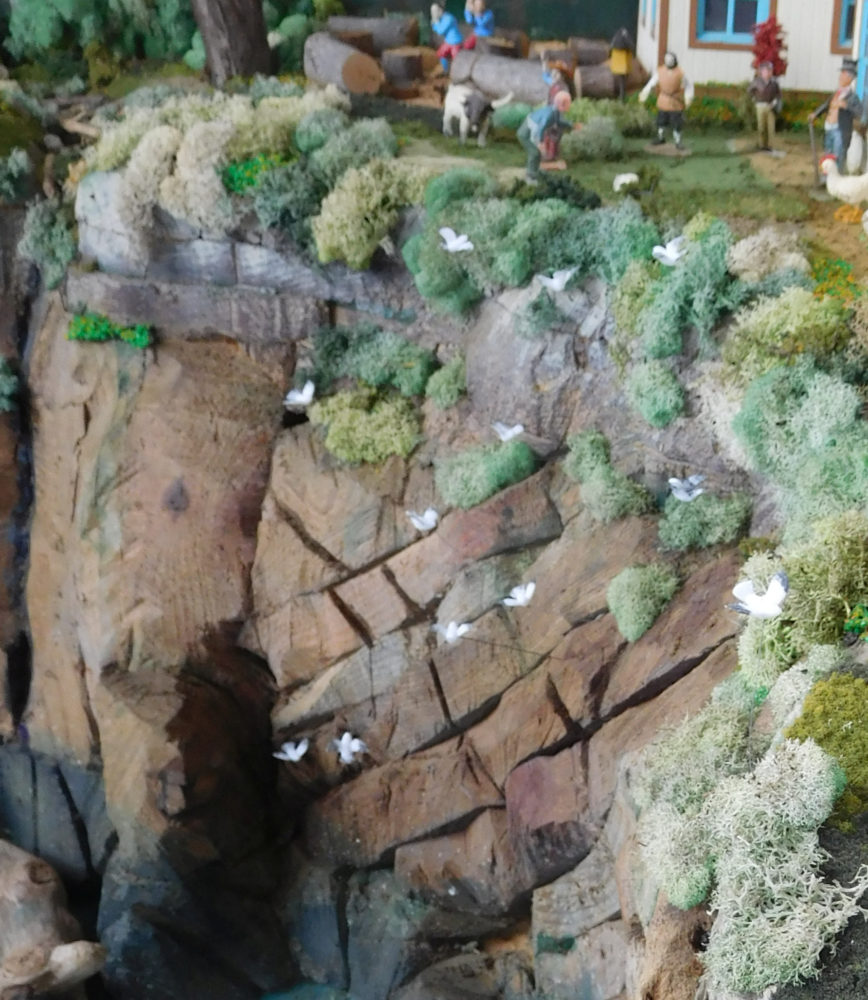 Twelve flying around!!! Now does anyone know how to model guano?