I thought I should post this pic before the Pomo Native American encampment was removed as part of the rescenicking of Three chop Ridge in the north west inside corner of the layout.  The encampment is going to be moved to the outside north east corner of the layout. The area will be replaced, if all goes to plan, by a shingle mill which will have a flume to carry away the finished product. 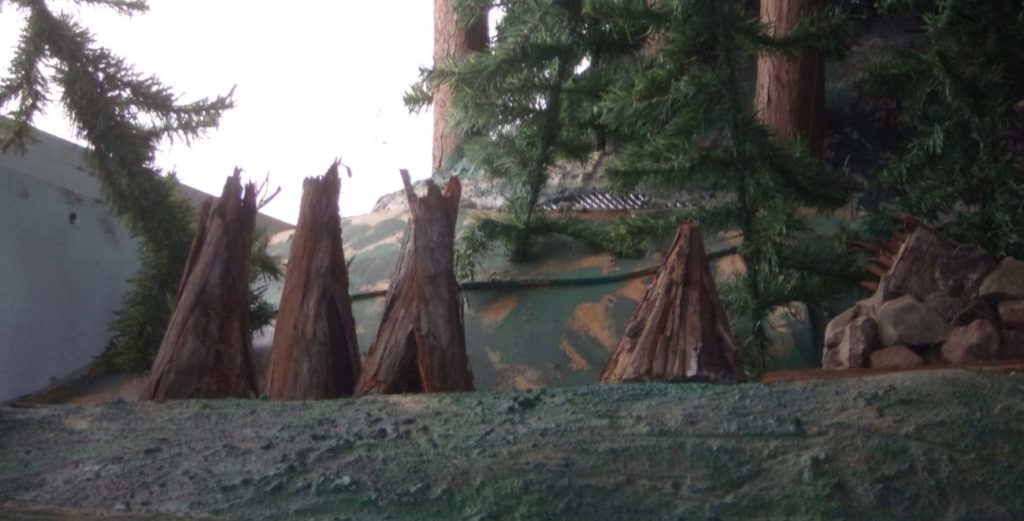 The stones on the right are part of the sweat house,